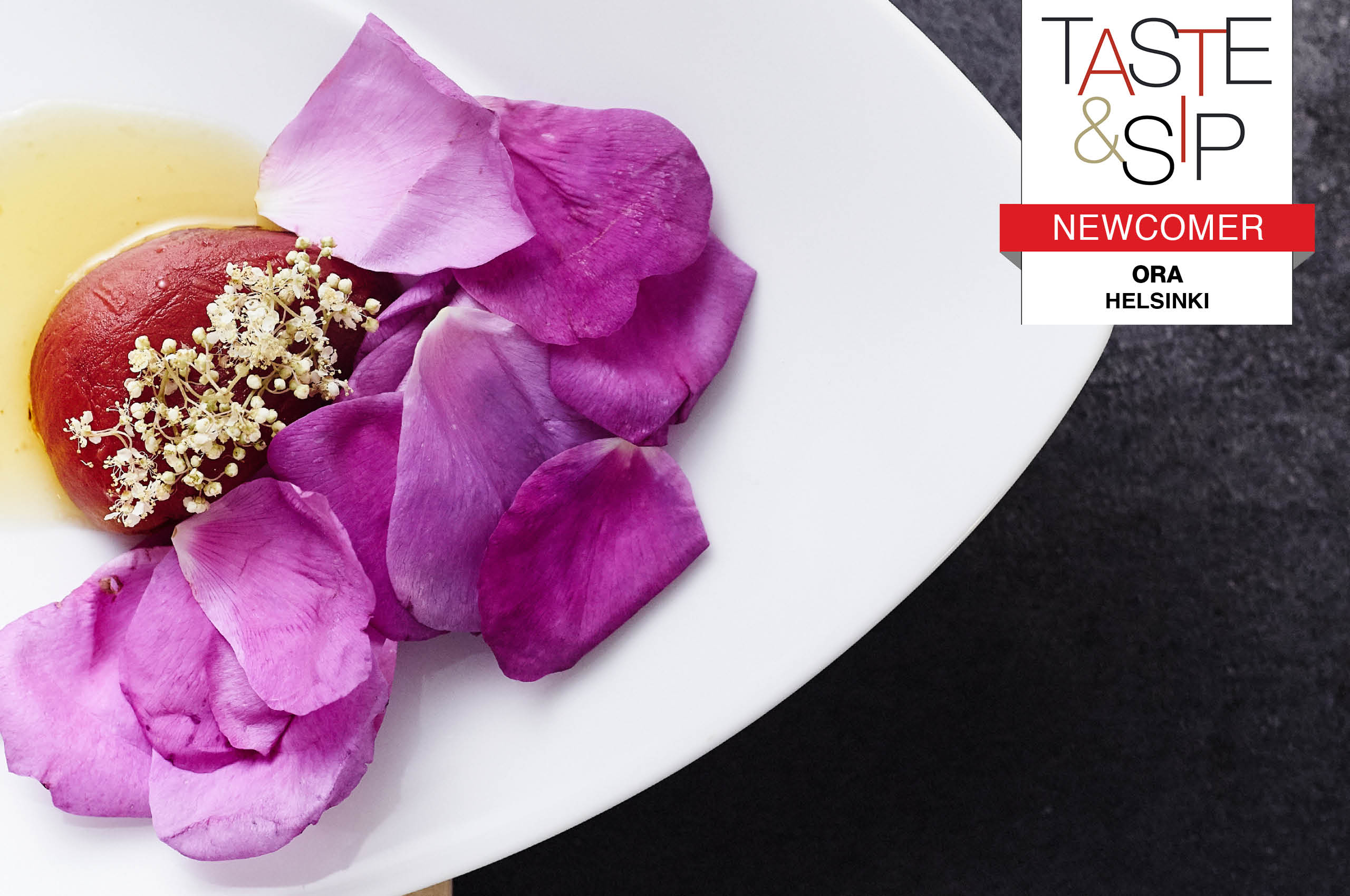 From London to New York and Tokyo to Sydney, the concept of farm to table is one of the most integral influences on contemporary fine dining. It has got to the point where it is hard to walk into a quality restaurant, anywhere in the world, without finding a menu liberally seasoned with hipster buzzwords (not least ‘organic’, ‘locally sourced’ and the perennial ‘sustainable’) underlining the chef’s environmental credentials as well as the plat du jour.

In Finland’s picturesque capital of Helsinki, chefs have been quietly championing this approach for years, and now the rest of the world is starting to notice. Helsinki restaurants are gaining an increasing international reputation for their refreshingly innovative use of ingredients, skilfully combining Nordic traditions and global influences, with a huge focus on showcasing the best Finnish produce, from the forest to the sea.

Produce is picked or foraged in season, often from a restaurant’s own gardens. Wild mushrooms, edible flowers and Arctic berries provide splashes of colour across hearty dishes of pork, beef and reindeer. Meanwhile, fresh seafood caught in the Baltic and Finland’s many lakes is presented in a myriad of enticing ways, from creamy salmon soup to graavilohi (raw salmon cured in salt, sugar and dill), smoked herring and succulent crayfish.

There is an emphasis on providing diners with an intimate and highly personal experience. Instead of cavernous restaurants with teams of chefs running a production line, owner-chefs oversee restaurants little bigger than a suburban sitting room, emerging from the kitchen to greet guests and give them a better appreciation of the dishes set before them.

No one personifies this better than Sasu Laukkonen. The charismatic, globe-trotting Finn is a tireless ambassador for his country’s cuisine, and is ebullient that pride in local produce is growing. In 2010, he opened what he describes as the first organic-based restaurant in Finland, Chef & Sommelier. Chef & Sommelier quickly became a favourite with discerning Finns and was presented with a Michelin star in 2014, retaining it every year until Laukkonen closed the restaurant in 2017 to open his latest venture, ORA, which operates from the same premises.

So, what has changed? A lot and a little. ORA has the same underlying philosophy as Chef & Sommelier; a strong focus on sustainability, no waste cooking and pure Finnish ingredients, but there’s “more focus on local than ever before,” Laukkonen enthuses. “ORA just might be the first ever top restaurant in Finland that uses 99 per cent Finnish produce. ORA is more dynamic and has more of a story to tell.” Like its predecessor, the restaurant is swiftly building an enviable reputation, winning its first Michelin star this year.

The restaurant is situated on Huvilakatu in Helsinki’s enchanting Art Nouveau neighbourhood of Ullanlinna, where a wealth of covetable turn-of-the-20th-century townhouses, in complementary shades of salmon pink, lemon yellow and rich cream, line the streets. It’s a 10-minute drive from the city centre, but the 20-minute walk is much more rewarding!

Huvilakatu has been voted the prettiest street in Helsinki and it’s not hard to see why. Step inside number 28 and you will find yourself in a cozy, tastefully appointed space that seats just 23 people (booking ahead is paramount). Cream walls are adorned with circular mirrors, and tables face the open-plan kitchen so that diners can observe the intricacies of their food being prepared.

The chunky, dark timber furniture was hand-made by local carpenter Joonas Vaissi and co-designed by Laukkonen, using wood from Finland’s national tree, the birch. The emphasis on local design is reinforced with glassware by iconic Finnish brand Iittala and wooden trays by Vaasa carpenter Jonas Granfors.

Arriving at ORA feels more like visiting friends than going to a Michelin-starred restaurant. Laukkonen whirls around talking to guests, explaining ingredients and cooking techniques, all the while dipping in and out of the kitchen. His team of five – including manager and sommelier Aino Tuomikoski, and Dublin-born sous chef Adam Kavanagh – are clearly as enthusiastic as he is, and it’s hard not to get caught up in the exuberance of people who are clearly so passionate about their craft. It probably helps that the restaurant is open from Wednesday to Saturday only, giving everyone a three-day break every week.

The dining concept is simple. The six-course set menu changes often, according to micro-seasons, with ingredients sourced from an organic school garden in Helsinki’s green neighbourhood of Kumpula and the restaurant’s own garden in Sipoo, about 20 minutes from the city. An accompanying wine flight showcases the produce of boutique, organic European vineyards. The Travel Magazine had not been seated for more than five minutes before a local farmer wandered in carrying giant zucchinis destined for diners’ tables.

On the evening of The Travel Magazine’s visit, the experience began with freshly picked peas and clear currants, dressed with oil of jalapeno and pineapple leaf, followed by juicy Inari whitefish with kohlrabi (a variety of wild cabbage), tendrils of spring onion and a delectably crunchy new potato croquette, accompanied by a light garganega from Veneto and a perky pinot noir from Austria’s Kamptal region. The dishes were infused with a harmonious collusion of flavours, boding well for what was to come.

In between nibbles of whitefish and croquette, I glanced around at the diverse clientele: behind sat a fashionably dressed young couple in their twenties, the woman drawing appreciative glances with an on-trend tomato red dress and new season Gucci cross-body bag. Meanwhile, a trio of forty-something ladies in floaty floral dresses chatted animatedly. To my left sat a family with adult children. At the next table a couple in their sixties sipped wine. The overall ambience was relaxed and convivial, a far cry from the stiff formality of many fine dining establishments.

The third course was the zucchini that had been carried in earlier, since charcoal-grilled and served with muikku, another species of whitefish, lavender, herbs and divinely fresh home-baked oregano bread, accompanied by home churned butter and sea salt. This was a wonderful preamble to a salty, tangy chunk of organic pork loin, presented with a sunflower pesto and caramelised carrots as well as a mustard seed and cider sauce. As I nibbled appreciatively, sipping on a robust, perfectly paired tempranillo graciano rioja, it occurred to me that the background music was a trifle unusual: classic eighties pop and rock, from Flock of Seagulls’ I Ran, to A Ha’s Take on Me, Cindy Lauper’s Time After Time and Kenny Loggins’ Footloose. It was another reminder that the sense of the serious was strictly confined to the plate. But, come to think of it, is there any reason why haute cuisine must be served to a sombre classical backdrop?!

The experience continued with desserts which were as painstakingly assembled and beautifully presented as each dish which had come before them. A riot of edible marigold petals atop a rhubarb compote was only just trumped by a sinfully creamy parfait with cherry tomato jam, meadow flowers, red currants and rosehip. The latter was almost too exquisite to devour, but temptation eventually won out.

The Travel Magazine departed ORA eminently satiated, feeling that delicious soft, warm glow that one gets after a memorably enjoyable evening of fine food, superb vino and easy company. ORA’s emphasis on local, organic produce taps right into the 21st-century culinary Zeitgeist, but it is not this that sets it apart. Helsinki alone is full of restaurants with similar concepts, albeit perhaps not quite as zealous. It is the combination of a sustainable outlook with other elements that makes for a magical, harmonious whole: the intimate, engaging dining experience; a passionate chef with a global outlook; a talented team; genuinely warm and enthusiastic service, and a commitment to using quality ingredients to make the best possible flavour combinations. The liberal sprinkling of playfulness at ORA, in an industry which often takes food far too seriously, also sets the restaurant apart from the throng.

Reviewed by Dawn Gibson for dinner on 26th July 2018